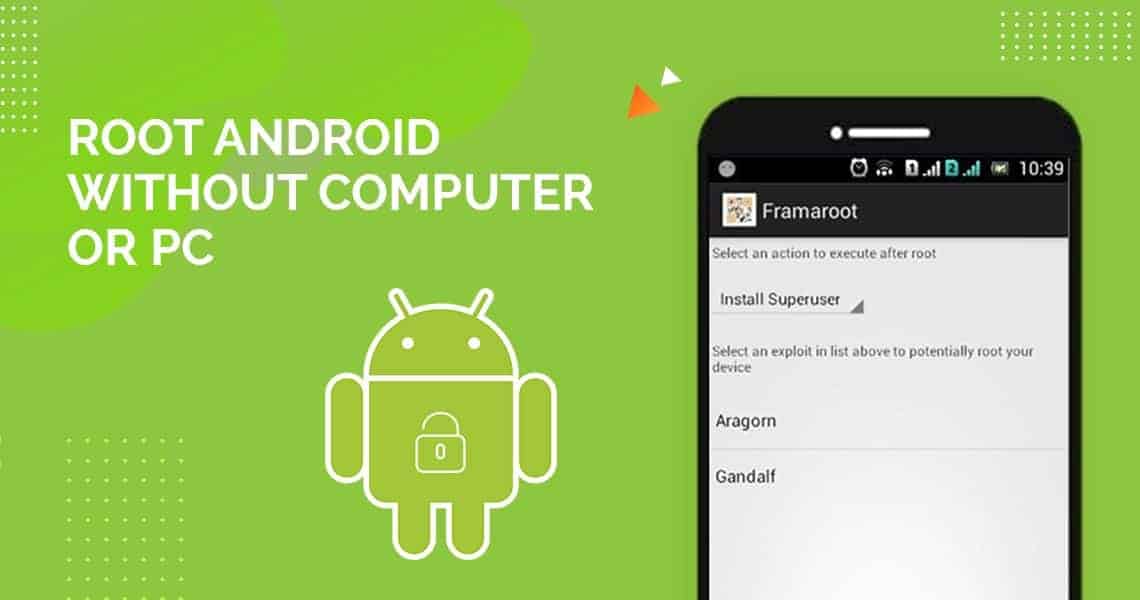 Do you want to root your android phone? If yes then how to root an android phone without a PC is your main aim. As you already know rooting gives your phone a boost to make changes tweaks setting, speed, and much more which is not available to the unrooted users.

So what does a Rooted Android Phone means?

Rooted android phones have the ability to unlock their way of system files. So one can access the system written files and can tweak android as per one’s desire.

Rooting has many advantages such as Increasing internet speed, Increase buffer speed, Improving the Audio & Video Quality of the phone. One can also increase the performance of android by removing too much bloatware and preinstalled apps.

You can also boost phone memory by creating Swap Files in your android. Rooting allows you to use the maximum of your battery power so it can withstand the whole day.

How to Root Android Phone without PC :

Everyone wants to root her android so they can boost smartphones performance and battery life. There are many methods available to root android phones with a PC. But everyone can’t use a PC for rooting due to some problems.

So here is the good news for those people. Now everyone can root android phones without a PC with the help of some rooting apps. These rooting apps work similarly to PC software works but are handier.

Precaution should be taken before Rooting :

This is the best app ever made by the kingoroot team. This app has the highest success rate of rooting android phones with a single click. Kingoroot is developed and maintained regularly by the great team.

Kingoroot supports more than 50,00 + Android devices available all across the world. Choose ones your and you are lucky to have kingoroot to root android.

Step 3: Do not turn off the internet while rooting, keep it on

Step 4: Kingoroot will root your android successfully in a couple of minutes.

This is another best rooting app for android. Framaroot provides a simple interface in their mobile application. It has three main options Rooting, Unrooting, and Uninstall Framaroot app.

You can root as well as you can also unroot your android phone with the help of framaroot.

Step 4: Now Framaroot will root your android in a couple of minutes.

Step 3: Click on make it ra1n and your device will be successfully be rooted.

Q.  If I root my device and then after some time unroot it, will my warranty continue?

Ans. Yes, your warranty will be continued because they won’t know that you have rooted before.

Q. People say rooting is dangerous. Should I do it?

It is not what you thinking. If you create a problem or don’t follow instructions to root, install Custom ROM & Recovery then you can cause a problem with the boot loop. But you can repair this, it is very easy. So it’s not much danger.

Q. Why should I root my device?

1. After rooting your phone, you can delete bloatware and reinstalled the app from the system.

2. Some apps need to have root access to open their functions. For example, Titanium Backup has an awesome feature that it can Backup data as well as app/game. But, to use this feature you need root access.

Rooting is the best thing to achieve most of your android phone so give it a try. Here I have provided the best rooting apps to root android phones without PC. If you have any problem with these apps let me know in the comments.