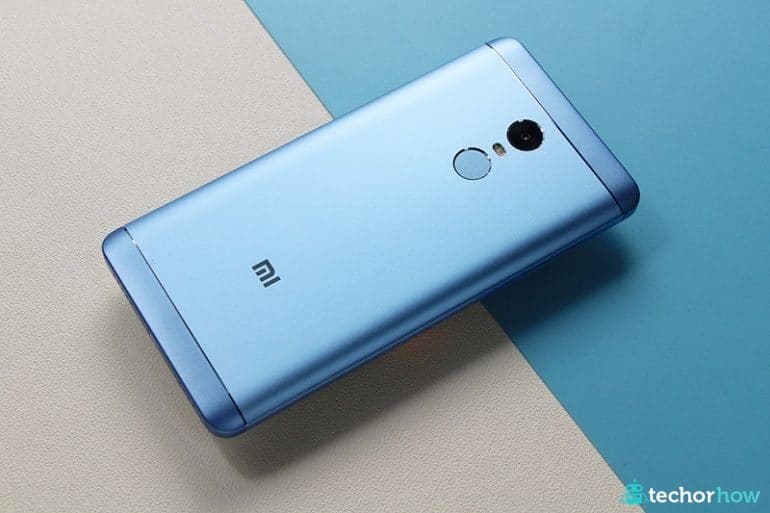 The Xiaomi Redmi Note 4 is here, continuing the company’s tradition of launching phones with good specifications at low price tags. The strategy has paid off spectacularly, as Xiaomi crossed the $1 billion revenue milestone in India last year. While the company’s vast product portfolio now includes fitness bands, earphones, air purifiers, power banks, and other devices, smartphones continue to be the stars, and the Redmi series – of which the Redmi Note 4 is the newest member – has been a key contributor to its success.

The rear of the Redmi Note 4 is a bit different though, featuring design contours more reminiscent of the Xiaomi Mi 5 (Review). There are fine antenna bands running across the top and bottom. The rear camera, dual-tone LED flash and fingerprint scanner are set up much the same as on the Redmi Note 3. One of the few differences between the two is that this time around Xiaomi has shifted the speaker grilles from the rear to the bottom. The bottom also houses a Micro-USB port for charging and data transfers, while the top packs a 3.5mm audio jack and an infrared (IR) emitter. The power and volume buttons are placed on the right, and can easily be accessed with fingers.

The handset has a hybrid SIM tray which supports one Nano-SIM and one Micro-SIM or a microSD card. Xiaomi notes that both SIM cards support 3G and 4G networks. The company has definitely taken note of complaints of the Redmi Note 3’s 32GB microSD capacity limit. The Redmi Note 4 supports microSD cards of up to 128GB which should be sufficient for most people.

Xiaomi Redmi Note 4 has a non-removable 4100mAh battery which is marginally bigger than the 4050mAh one seen on the Redmi Note 3. There’s a 13-megapixel rear camera with f/2.0 aperture, PDAF (phase detection autofocus), and a dual-tone LED flash. There is also a 5-megapixel front-facing camera with f/2.0 aperture and a fixed-focus lens. Users also get dual-band Wi-Fi 802.11a/b/g/n, Bluetooth 4.1, USB OTG, FM radio, GPS/ A-GPS, Miracast, GLONASS, and BeiDou. Much like its predecessor, the Redmi Note 4 also gives NFC connectivity a miss. 4G and VoLTE are supported, and we were happy with call quality.

The Redmi Note 4 runs MIUI 8 based on Android 6.0.1 Marshmallow. Xiaomi has added plenty of new features including Now on Tap which was one of the highlights of Android Marshmallow, introduced in 2015. Google’s Now on Tap can be triggered within any app just by long-pressing the Home button, and can use what’s on screen as context for your searches. MIUI 8 on the Redmi Note 4 looks light and polished compared to previous versions. We were impressed with the system animations, which look refreshing, including a neat one when you uninstall an app.

The Xiaomi Redmi Note 4 was able to handle almost everything we threw at it, and we had no complaints with the octa-core processor. It handled heavy games with ease and we had fun playing Asphalt 8 and Dead Trigger 2 on the device. We were able to use the Redmi Note 4 over the course of a few weeks, and never felt that we needed a more powerful processor. Multitasking on the Redmi Note 4 was quick, and apps launched without delay. Our test unit with 4GB of RAM had enough free memory at any given time. We noticed that 1.8GB of RAM was in use at all times, leaving us sceptical about the experience we would have had using the variant with only 2GB of RAM, which could be more popular due to its lower price.

The Redmi Note 4 is very good for media playback thanks to the excellent IPS display, and it supports high-resolution video files, including 4K ones. The speaker at the bottom is decently loud and we didn’t notice any distortion at higher volumes. Xiaomi didn’t send us a headset with this unit, so we tested audio quality through our own headphones, and were happy enough.

The 13-megapixel rear camera of Xiaomi Redmi Note 4 can take some decent landscape shots in well-lit as well as low-light situations. Macro shots also appear good, with proper colour accuracy and details. The PDAF feature lets the camera focus on subjects quickly. Low-light shots have good detail, though on zooming in one can see the graininess. The Redmi Note 4 was also able to take good photos of moving subjects.

Xiaomi has focused its efforts on improving camera quality on the Redmi Note 4 after complaints about camera quality on last year’s model, and it’s clear that things are better. However, we’d still like to see low-light performance improved.

Xiaomi Redmi Note 4’s 4100mAh non-removable battery lasted for 15 hours and 10 minutes in our continuous video playback test, which is impressive for a battery of this capacity. In real-world use, the phone was able to last for up to two days.

FlexClip Review: An Easy and Excellent Video Creation Site to Try out

[Review] Does Clean Master Really Works? Is it safe to Use

Blogger Vs WordPress – Which is the Best Blogging Platform [2019]