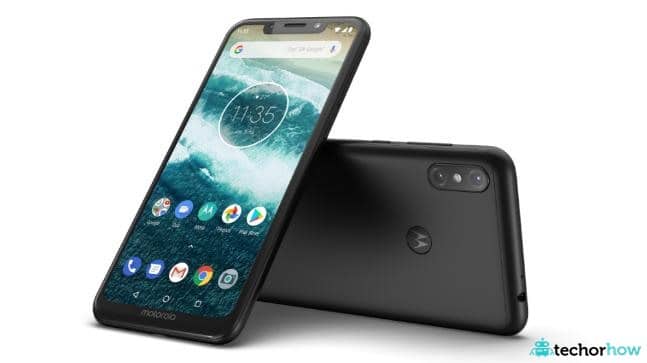 Moto One power is empowered with Android One & 5000 MAh battery with Turbo Charging and 4G Ram & 64 GB Storage that makes this phone as your next Smartphone. Lets know something more deep about this.

Founded in 1928, Motorola is the oldest mobile manufacturing company and gave the world its first commercial cellular phone, named Dynatec, in 1983. The company split the mobile and enterprise divisions in 2011, with the smartphone unit being purchased by Google. The owner of Motorola Mobility has since changed hands, and it is now owned by China’s Lenovo. The company sells its smartphones under the Moto and Droid brands, while its smartwatch is sold only under the Moto name.

Lets go in the deep and dig the well. After a great launches of smartphones like Moto G5S Plus , Moto X and more now its time for the Moto One Power.This is the best phone ever manufactured by the Moto in this budget. The moto one power is impower with the 5000 MAh battery which make its long lasting for 2 days if used for normal purpose.Android one is also powered in moto one power which give the latest updates and security patches to improve user experience.

Specification of Moto One Power:

Motorola has opted for a standard design for its smartphone. The One Power comes loaded with a metallic design with slightly ergonomic design, which makes it easier to hold. However, the phone is a bit thick as compared to the likes Nokia 6.1 Plus or Xiaomi Mi A2. That said, we did like the placement of a fingerprint sensor as it was easier to reach without stretching your index finger. The company has also added its famous batwing logo in the fingerprint sensor, which looks good. The phone does give a sturdy look, however, we have seen other phones with better design language.

Be ready to immerse yourself in games, books, movies and more on a huge display that you can hold comfortably with one hand. With its 15.7cm Max Vision Full HD+ screen, motorola one power delivers the expansive views you’ve been craving. Unlike traditional displays, Max Vision gives you a 19:9 aspect ratio, so you can see more at a glance.

The Moto One Power’s screen makes it one of the best budget candidates for gamers and mobile media fans. Lenovo has not added any apps for this, though, leaving Google’s apps suite to the task.

However, when you first boot-up the phone you’re given the option to install from a selection of popular apps, including favorites like Netflix.

Google’s Music and Movies apps are perfectly fine if you don’t know where to start. They let you play your own content as well as streaming from Google’s own library.

Moto One Power Performance you will love :–

With 4 GB of RAM and a Qualcomm® Snapdragon™ 636 octa-core processor, motorola one power responds to your touch in an instant. You’ll feel the difference playing games, watching movies, and doing whatever you need to do.

In the camera front, the Motorola One Power is equipped with a dual-camera setup at the back, which comes with a combination of 16-megapixel primary sensor and a 5-megapixel secondary sensor. For the front, there is a 12-megapixel shooter for selfies and video calling. The daylight performance of the device is satisfactory and you get detailed shots when the light is ideal. However, when it comes to macro shots, the phone struggles to focus quickly and you need to tap multiple times to lock on the subject you want to highlight. The low light performance is quite average as the photos lack some detailing and the sharpness is not up to the mark.

Capture clear, bright, detail-rich images, even in low light. The 16 MP + 5 MP dual rear camera system makes sure every shot is your best. Also shoot 4K videos on the go. Plus, the 12 MP front camera lets you turn everyday selfies into extraordinary ones by adding a blurred background effect in real time.

The One thing we like about this One is the Power. The phone comes loaded with an impressive 5000mAh battery. During our testing period, the phone gave a good battery output. The phone comfortably lasted almost 1.5 days under normal usage. Under heavy usage which included using the web, streaming videos, playing PUBG Mobile, using WhatsApp and sending emails, the phone managed to last till the end of the day with some battery juice still left in it. Coming to charging, the TurboPower charge helps in fast charging this big battery. The phone was charged almost 70 per cent in one hour and it took more than 2 hours to charge fully.

With moto actions, your simple gestures make everyday interactions more convenient. Whether you’re opening the camera with just two twists of your wrist or turning on the flashlight using a simple chop gesture, you can do more with less effort.

Google Photos gives you free unlimited photo storage.†† And with 64 GB of storage on the phone, there’s plenty of room for songs, videos, and movies. Plus, you can add up to 256 GB with a microSD card.